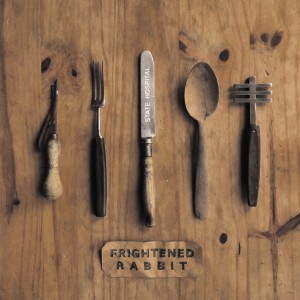 Vinyl reissue of State Hospital to be released on April 23rd for Record Store Day 2022 on Silver vinyl. State Hospital is an EP by Scottish indie rock band Frightened Rabbit, originally released on 24 September 2012 on Atlantic Records. Produced by both Leo Abrahams and the band itself, the EP includes the single, "State Hospital", alongside four tracks written and recorded in contention for the band's fourth studio album, Pedestrian Verse. The EP's final track, "Wedding Gloves", is a collaboration with former Arab Strap vocalist Aidan Moffat.