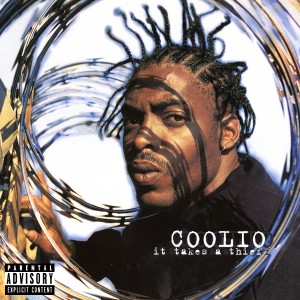 "It Takes A Thief" is the debut studio album by Coolio. Originally released in 1994, the album contains the song "Fantastic Voyage" which peaked at #2 on the Billboard100 chart. The album was certified platinum and received praise for bringing a humorous and lighthearted perspective to often violent and profane themes of typical gangsta rap.