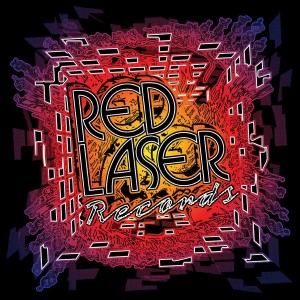 As we emerge into the Now with a fresh perspective and renewed vigour, Red Laser Records usher in a novel epoch of Manctalo movements for our post-COVID enjoyment. Entrusting piloting duties to four well decorated RL commandos, the EP serves to remind us all that despite everything that’s happened, we can still find solace in red lasers, smoke machines and high-powered strobe lights.

Splitting open the collective dancefloor inertia is Kid Machine’s “Only Machines Allowed”. A cybernetic b-boy jam straight outta the planet MEGOH circa 4044. Guided by electrified vocoder lines and a plutonium-grade, armoured groove this impenetrable battle rocket should issue the much needed power boost to get your body kinetics firing again when they release the e-barriers to hedonism.

Returning star fleet lieutenant Count Van Delicious has been collecting entities from the outer galaxies since his appearance on RL EP 9 (“Dark Fruit” w/ Senor Chugger). Here he announces his return with an end-credits epic, an #inabiteveryoneelse theme from this young vet on a
pants-off permo-buzz, up-scrolling through technicoloured c64 visuals and deploying his now trademark zoopa-arps, euphoric synth stabs and thunderous low-end shudder to deadly effect.

Meanwhile, Ste Spandex continues his cybernetic realignment surgery, dissecting a well circulated disco meme and adding voluptuous gender-neutral enhancements that’ll be getting the next generation of androids frisky, despite their lack of reproductive organs. Fizzling synths, spherical repetition and a multi-dimensional mix of high voltage rhythms leaving that vocal line permanently downloaded in your memory cloud. No sharing necessary.

Scottish deep space observer Ernesto Harmon provides some cosmic ruggedness to close off our mission. Reinforced & galvanized low-end rhymix coalescing with humanoid synth expression and an infinite, carbon-free energy source keeping momentum plateaued through the morning after the night before. There’s no off switch baby!

For astral travelers seeking solace in the new Now, EP12 kindly acts as an upgrade to your possibly dormant dancing system as you stumble out into the new nocturnal environment. Hopefully reminding us that the simple act of moving alongside one another in a pitch black, laser-guided club space hasn’t changed that much...

Matt says: One of two EPs dropping this week from our friends at Red Laser. EP12 has been hyped ta fuck at the crews parties for the last 12 months, waiting an eternity at the plants to get pressed. Here it is, for all to enjoy - dancers will recognize the tracks fromt'floor already but for newcomers - quintessential Manctalo movements here taking the firm into the next decade quite nicely. If you know you know!