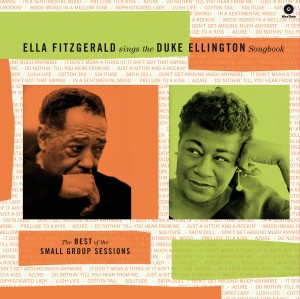 Duke Ellington and Ella Fitzgerald's paths had surely crossed many times during the Thirties, Forties, and early Fifties. However, no recorded trace of the two legendary musicians collaborating existed until 1957, when they participated on a series of big band sessions for Norman Granz. The sessions were somewhat chaotic and intermittent though, primarily because of Ellington's busy schedule and lack of time to prepare arrangements. As a result, the big band sessions were padded out it with various all-star sextettes, as represented on the LP.

Ella FitzgeraldSunshine Of Your Love

Ella FitzgeraldElla At The Hollywood Bowl