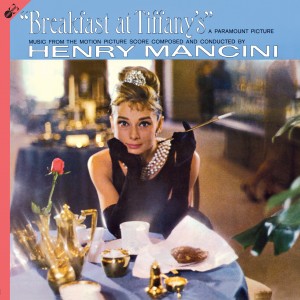 Music from the Breakfast at Tiffany's motion picture score composed and conducted by Henry Mancini, 180g vinyl with a bonus CD digipack included. The LP includes a bonus track taken from the actual movie soundtrack, but not present on the original LP. The track feature Audrey Hepburn on vocals with orchestral backing. "This effervescent soundtrack for Blake Edwards' adaption of Truman Capote's wistful novella propelled Mancini into the major league of Hollywood composers. Though there were other jazz-oriented arrangers working in Hollywood at the time, none possessed Mancini's imagination and skill in orchestration." - All Music.