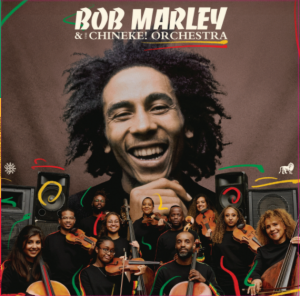 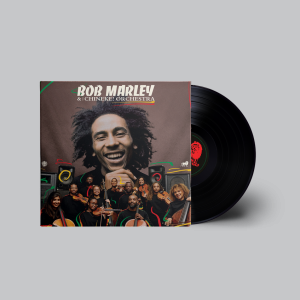 Bob Marley With The Chineke! Orchestra reimagines some of Bob Marley's greatest songs with contemporary classical orchestration from the globally esteemed Chineke! Orchestra. Recorded at Abbey Road Studios and produced by Nick Patrick (If I Can Dream, Elvis Presley and the Royal Philharmonic Orchestra, True Love Ways, Buddy Holly and The Royal Philharmonic Orchestra), reimagined tracks include Satisfy My Soul, Exodus, Is This Love, Redemption Song, Get Up, Stand Up, and One Love/People Get Ready, scheduled for release as a lead track on 25th March.

The genesis of the idea for Bob Marley & The Chineke! Orchestra came via the acclaimed cellist and 2016 BBC Young Musician of the Year Sheku Kenneh-Mason OBE. Although now a full-time solo artist and no longer an active Chineke! member, it was Kenneh-Mason's pioneering and original arrangements of Marley's No Woman, No Cry and Redemption Song that initially captured the attention and appreciation of Tuff Gong and the Bob Marley estate. So the Chineke! musical journey, via Abbey Road Studios, had begun.

Chineke! founder Chi-chi Nwanoku OBE explains, "As a purely trained classical musician, the idea of being involved in a musical collaboration with the legendary Bob Marley was truly mind-blowing. I ardently believe that all genres of music should be open to absolutely everyone, so it was wonderful for Chineke! to be able to bring new orchestrations to these iconic tracks."

Bob Marley & The WailersCatch A Fire