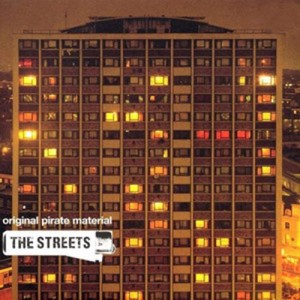 Big Brother, Dom Jolly, Playstation 2, Ronaldinho, Rivaldo and Ronaldo, weak pills and cheap skunk, 3310s, foot and mouth, Soham and Pual Burrell - that was the world when "Original Pirate Material" first dropped in 2002 - blowing up Kazaa and Audiogalaxy and finding its way to your mate's CD player on an iffy CDr. To say it was a breath of fresh air is an understatement, this groundbreaking album filled the air with a green fug, challenged the yanks for the MCing crown and twisted the polished sheen of UKG into a laptop-crafted fusion of skanking bass and housey beats. While breakthough hit "Has It Come To This?", "Turn The Page" and "Let's Push Things Forward" remain era-defining anthems, every single track here is the tits. "Sharp Darts" sounds like an utterly wrong Wu Tang joint, "Same Old Thing" and "Geezer's Need Excitement" are rough, tough and proper grimey and "It's Too Late" is bloke-poetry on a heartbreaking anthem tip. Elsewhere "Don't Mug Yourself" royally takes the piss out of you on the back of the bus and "The Irony Of It All" offers a hilarious review of boozed up townies and stoned students. And then there's "Weak Become Heroes", the e'd up ravers anthem that's still the best track of that decade.

GabrielsLove And Hate In A Different Time