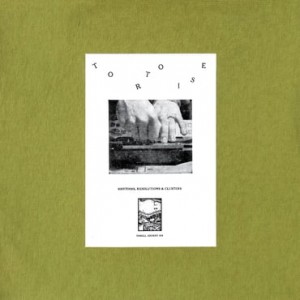 Tortoise have spent nearly 30 years making music that defies description. While the Chicago-based instrumental quintet have nodded to dub, rock, jazz, electronica and minimalism throughout their revered and influential discography, the resulting sounds have always been distinctly, even stubbornly, their own. One of the throughlines that create that distinctive sound is what might be called a pervasive element of group play, or ensemble-mindedness, as opposed to emphasis on a virtuoso soloist or frontman.

‘Rhythms, Resolutions & Clusters’ follows in this line, asTortoise turned their iconic early songs over to their friends to play with. The remixes by other legends including Bundy K.Brown, Steve Albini, Jim O’Rourke, Brad Wood (Liz Phair),Casey Rice, Mike Watt (Minute Men) and Rick Brown (75 DollarBill) create a sense of community, and unlimited creativity. It’s been out of print since 1995.