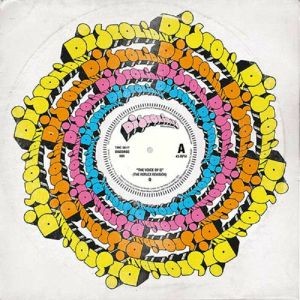 ‘The Voice of Q’ is a leftfield electro disco gem originally released in 1982 on Philly World records. Produced by the studio team behind the label, the track has become a cult classic but had never been remixed from the stems until now. The Reflex brings it up to date with the added discovery of a pre-vocoder vocal and a full rap vocal that were left unused in the tapes, highlighting the funk bass to the max while pushing the cosmic vibes envelope even further.

‘Everybody Loves A Good Funk’ is a rather obscure ghetto disco-funk produced by none other than John Davis (of the John Davis Orchestra fame) that was recorded at Sigma Sound studios in Philly in 1980 for the Midsong International label. Heavy synth bass, super punchy horns and a devastating groove make up for one hell of a dancefloor killer revision. Again remixed strictly from the tapes for the first time, The Reflex gives this Ruth “Silky” Waters track the shine it always deserved.

With both tracks running at 118 bpm, this release will speak to a wide range of DJ’s and music lovers, from the disco-house contingent to early electro disco fans alike and beyond.

This is the first vinyl release on DISCOLIDAYS (with digital to follow), a new label by remixer extraordinaire The Reflex, fully licensed from the copyrights holders, with more exciting releases to come.

Millie says: New label alert! Discolidays bring us their first instalment from Q / Ruth 'Silky' Waters with an edit from The Reflex Revision, from the name you might be able to guess it's a whole lotta disco! Synth-y, disco, electro-funk this really has it all.

Soul ReductionsGot To Be Loved