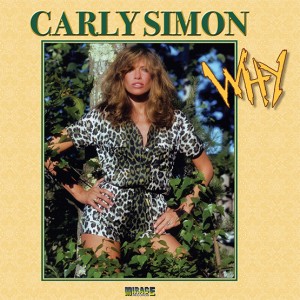 The ultimate sun-kissed feel-good anthem, Carly Simon’s ‘Why’ produced by none other than Bernard Edwards and Nile Rodgers sees a much welcomed 12 inch reissue. Originally recorded for the film Soup for One in 1982, though the movie flopped the soundtrack was a success and ‘Why’ became a classic by anyone’s standards - hitting number 10 in the UK charts and staying in them for 18 weeks.

Millie says: Reissue of this legendary disco-dub track straight from the 80's with a sublime bassline and iconic vocals. If you've not got this yet then you gotta ask yourself...