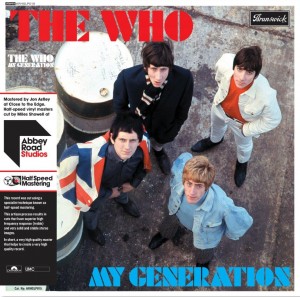 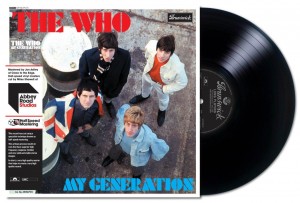 Released in 1965 My Generation was the debut album by The Who. The album peaked at no 5 in the UK charts and launched the band onto worldwide acclaim

The album contains songs such as My Generation, The Kids are Alright and The Ox, and has been mastered by long time Who engineer Jon Astley from the original tapes and is packaged in original sleeve with obi and certificate of authenticity.

SIDE 1
Out In The Street
I Don't Mind
The Good's Gone
La-La-La-Lies
Much Too Much
My Generation
SIDE 2
The Kids Are Alright
Please, Please, Please
It's Not True
I'm A Man
A Legal Matter
The Ox

The WhoA Quick One - Half Speed Master Edition