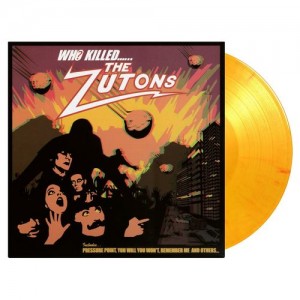 English rock band The Zutons formed in 2001, taking their name from Captain Beefheart’s Magic Band guitarist Zoot Horn Rollo. Their debut album Who Killed…… The Zutons was originally released in 2004 and was certified double Platinum in the UK, after reaching #9 on the UK album charts. The album featured five singles; “Pressure Point”, “You Will You Won’t”, “Remember Me”, “Don’t Ever Think (Too Much)” and “Confusion”.

Who Killed…… The Zutons features a 3D sleeve, both front cover and back, and includes 3D glasses plus an insert with lyrics and images. The album is available as a limited edition of 2000 individually numbered copies on yellow flame coloured vinyl.