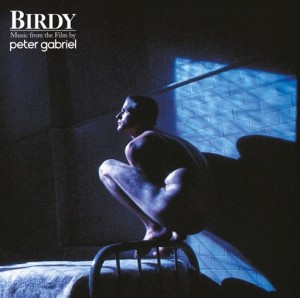 The album has been Half-Speed Remastered and cut to lacquers at 33RPM, on 1x heavyweight black LP, to deliver maximum dynamic range in the sound.

Vinyl cut by Matt Colton at Alchemy Mastering, mastered by Tony Cousins at Metropolis. The album is true to the original LP design, but all images are newly re-scanned.

Recorded in 1984, and originally released in March 1985, Birdy marks the first occasion that Peter worked with French-Canadian producer and multi-instrumentalist Daniel Lanois who went onto co-produce both Peter’s So and US albums. The soundtrack to the Alan Parker movie of the same name – the tale of a Vietnam vet who harbours Icarus-like ambitions to fly – it finds Peter flexing his creative muscles free of any commercial pressures and has a number of tracks build out of elements of existing tracks from Peter’s third and fourth solo albums.

Peter GabrielPassion - Music For The Last Temptation Of Christ - 2022 Reissue