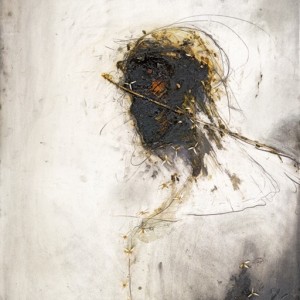 The album has been Half-Speed Remastered and cut to lacquers at 33RPM, across 2x heavyweight black vinyl LPs, to deliver maximum dynamic range in the sound.

Vinyl cut by Matt Colton at Alchemy Mastering, mastered by Tony Cousins at Metropolis. The album is true to the original LP design with a wide-spine jacket and printed inner sleeves, but now utilises colour photographs from The Last Temptation of Christ film. All images are newly re-scanned.

The album comes with a download card with a choice of digital download (Hi-Res 24bit or 16bit).

Passion – Music for The Last Temptation of Christ was released a year after Martin Scorsese’s controversy-laden film first hit the big screen in 1988. Passion tends to be regarded as a work in its own right rather than just being a movie soundtrack. It features additional music to that which was included in the film; this extra material was the result of Peter continuing to record and to resolve “unfinished ideas”. Built on a foundation of Middle Eastern and North African rhythms and melodies, Passion is unsurprisingly Peter’s most spiritual work, no more so than when the alternately ascending voices of Nusrat Fateh Ali Khan, Youssou N’Dour and Peter himself interweave on the title track. Nusrat Fateh Ali Khan and Youssou N’Dour are far from the only notable guests; the cross-continental gathering of musicians also includes Senegalese griot Baaba Maal, jazz drummer Bill Cobham and avant-garde trumpeter Jon Hassell among many others.

LP 1
A1 The Feeling Begins
A2 Gethsemane
A3 Of These, Hope
A4 Lazarus Raised
A5 Of These, Hope - Reprise
A6 In Doubt
A7 A Different Drum
B1 Zaar
B2 Troubled
B3 Open
B4 Before Night Falls
B5 With This Love