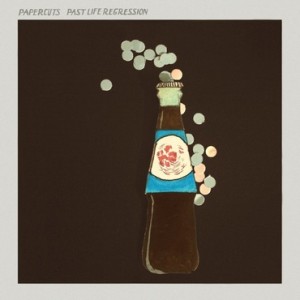 Jason Quever has been releasing timeless guitarbased dream pop as Papercuts since 2004, impervious to trends or micro genres that have come and gone around him. In that regard, his contemporaries are artists like Hiss Golden Messenger, Fruit Bats, Andy Shauf or Kings of Convenience - artists who are more concerned with song craft and perfecting their sound, and less concerned with gimmicks or fitting into a specific scene.

‘Past Life Regression’ is his new album and it’s a journey into the dreamier reaches of psychedelic folk-pop that digs deep into influences as wideranging as The West Coast Pop Art Experimental Band, Spiritualized, Echo & The Bunnymen, Leonard Cohen and late 60s pop of various flavours.

Jason Quever is / was also the producer for Beach House, Dean Wareham and Cass McCombs, among others.