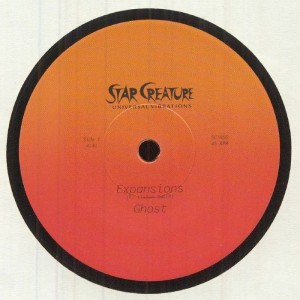 Super limited, blink-and-you'll-miss-it Star Creature 7" from no other than David Zylberman - one of Egyptian Lovers' coveted synth men. He flips a pair of classic jazz-funk numbers, adding layers of syrupy synths to the Lonnie Smith's "Expansions" whilst adding some body-poppin', broken-beat flex to the Roy Ayers classic, "Everybody Loves The Sunshine".

Caned by taste making DJs who received upfront copies last November, this has to be one of the most anticipated Star Creature 7"s we've had for a while. Don't sleep!

Matt says: Probably the most sought after and highly anticipated Star Creature 7" of the year. Upfront copies sold out in seconds, prompting an online furore and, thankfully, more copies being pressed by the label. But you'll have to be quick!