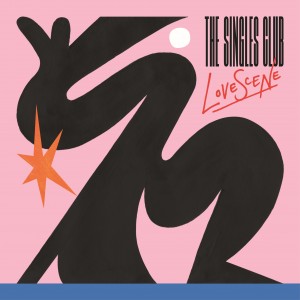 Finding each other amidst the more soulful side of the Manchester club scene, Lovescene can do it all. Able to both go big – as show-stopping early performances at Manchester International Festival and We Out Here Festival proved – and revel in the heady after-hours of the likes of Salford underground hub The White Hotel, new Band on the Wall-released 7” is a devastating encapsulation of the collective’s multiple personalities.

Suits You/Overnight (Dancefloor Mix) comes out hot on the announcement of the group’s debut album out in the Spring and is an irresistibly rich mix of velvet RnB, groove-laden soul and driving floor filler. The group deliver both in widescreen opulence, a direct link to their name which comes from band leader and vocalist Pop Roberts’ love of cinema.

“Good song writing should affect the viewer/listener in the same way a classic scene in a film should - the details in tone, wording and the emotion of the performance are everything” she says. “We’ll always strive to capture that in our music.”

Suits You adds to the canon of RnB torch ballads in its lament over unrequited love. It sees Roberts’ vocal soar high over gently rolling percussion, murmuring low-end and comparatively bolder guitars and keys that pull the track between hushed sadness to more heart-rending grief.

Flip side Overnight (Dancefloor Mix) sees Dub Phizix pop up with a guest engineer spot as the hook from the group’s original 2020 tune turns into a sultry, house-inflected party starter. “I played it at a few parties and the response was so good it just made sense to give it over to the dancefloors!” Roberts says. “We were even more pleased that Dub Phizix was up for mix engineering it - he's the king of beats and we respect his exceptional ears and advice.”

The split is the third release on the Band on the Wall 7” series, and a tantalisingly glimpse of one of Manchester’s most exciting new groups.

A1. Suits You
B1. Overnight