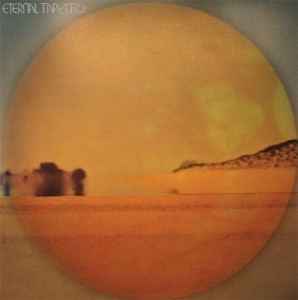 Eternal Tapestry’s ‘Beyond the 4th Door’ delivered an album not unlike epic live shows. Containing stretches of melodic guitar improvisations, dark brooding songs slowly build and expand to allow in layers of light.

The album was created by recording over two hours of material in their home studio, mostly live, and hand picking the elements that became these five tracks. There is a free and open nature to their structure creating a spacious environment for the listener to explore.

Harkening back to the early 70’s experimental rock that inspired the band, such as Popol Vuh, Cluster and Träd Gräs och Stenar, ‘Beyond the 4th Door’ is an album meant to be listened to in its entirety.