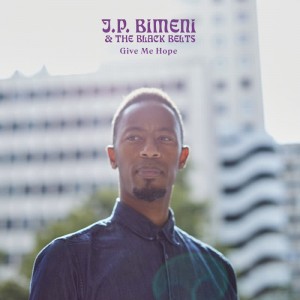 Burundian soul singer JP Bimeni is set to release his first music since his BBC 6 Music award winning album Free, from 2018. Give Me Hope is a slice of horn heavy, Afro tinged, Stax inspired soul and is the first taster of a new album set for release in early 2022

Give me Hope is the title track from his new album, featuring his band The Black Belts, set to drop on February 4thon Lovemonk Records.

A supremely funky number it boasts bassline and powerful horn arrangements, and gives a taster to a new work that dots between classic '60s Motown, psychedelia and Afro-funk.