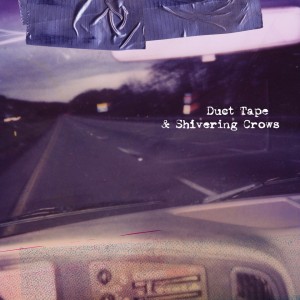 Over the course of their seven-year run back in the ‘00s, These Arms Are Snakes covered a lot of territory, both in terms of actual miles spent on the road and in terms of their creative bandwidth. Though the band was often mistaken for a typical non sequitur-named screamo out­t or another “animal” indie band, the Seattle group quickly de­ed expectations and garnered a reputation for subverting the popular underground sounds of time. The group cultivated a small but fervent fanbase across multiple continents with their signature combination of synth-infused noise rock, bad-trip psychedelia, ‑amboyant proto-metal boogie, and unhinged basement-show hardcore before imploding at the end of 2009.

And while These Arms Are Snakes’ full-length albums remain ­tting testaments to the band’s frantic urgency and stylistic ‑uidity, there is a treasure trove of deep cuts buried on b-sides and split releases that further reinforce their position as one of the weirdest and wildest acts of the decade. For the fi­rst time, those rarities and one-offs have been compiled into a cohesive overview of These Arms Are Snakes’ lifespan on the double LP Duct Tape & Shivering Crows.

Barry says: The inimitable TAAS return for a final outing of lesser-publicised extras and b-sides. With every bit of the grinding groove of their earlier full-length LP's, this collection shows what an incendiary and unique musical force they were, and shows off some of the tragically overlooked gems from their oeuvre.