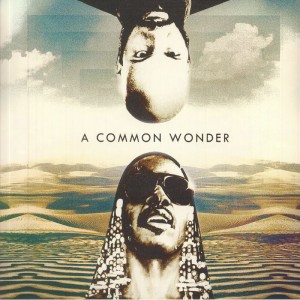 Amerigo Gazaway is the son of jazz trumpeter, trombonist & composer Gary Gazaway. He does computer and film soundtracks, scores for documentaries and DJ mixes. From 2010 he seems to have been totally getting away with mashing up some of the biggest rhymes from hip-hop, with some of the choicest bits of soul, funk and other classic grooves.

Here he takes the raps of Lonnie Rashid Lynn, commonly known as, ahem, Common; and pitches them against brilliantly constructed MPC collages utilizing Stevie Wonder source materials. Effortless and full of funk, Gazaway has made this skill his specialty, and there's few can match him in the business. It's almost as if Common is in the studio, rapping over these beats live. It's such a winning formular that's propelled the once illicit AG into the commercial limelight - much like Banksy's once-illegal pieces of graffiti are now regarded as modern art. Sometimes you have to break the rules to innovate!