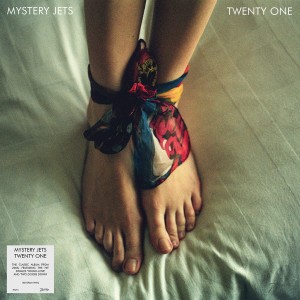 “Of all the messages we’ve received from our fans over the intervening years, the single question that has come up more than any other, is ‘When will Twenty One will be released on vinyl again?’. Much to our frustration, our response has never been anything more than a helpless, resounding shrug. That is, until now.

The year being 2021, and all the band being firm believers in the powers of numerology, we felt there would be no better time of telling you that for the first time since its release, Twenty One will finally be available to own on vinyl again.

We are delighted to be reissuing the record via Phantasy, the label founded by Erol Alkan, who produced Twenty One and mentored us to make an album we’re still immensely proud of. This is the record you have been asking for, and the one we always wanted you to hear.

A1. Hideaway
A2. Young Love Feat. Laura Marling
A3. Half In Love With Elizabeth
A4. Flakes
A5. Veiled In Grey
A6. Two Doors Down
B1. MJ
B2. Umbrellahead
B3. Hand Me Down
B4. First To Know
B5. Behind The Bunhouse