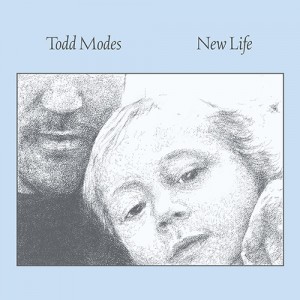 9 track album and inaugural release from Detroit label 100 Limousines. A fixture in the Detroit DJ world, Todd Modes has spent the last decade quietly releasing music on Fit Sound, Golf Channel, M1 Sessions, Still Music, and Fat Finger Cosmic, amongst other labels. Inspired by the birth of his first son and the death of his grandfather, "New life" is a deeply personal meditation on the cycles of life and time. An examination of the past and present assembled from recordings spanning the last 20+ years, this LP is an outstanding representation of his musical depth and artistic purpose. A prime example of the quality to be expected from this new imprint, "New Life" is a true fusion of music and spiritual vision.

A decidedly new identity is now emerging from the Motor City. There's a tasteful gentrification happening which is seeing new, young artists move to the city enticed by cheap rents and large spaces. With them they're bringing new influences and sounds which are sympathetic to, rather than conflicting with Detroit's already impressive musical legacy. It's nice to see this innovative city move it along and push things forward.