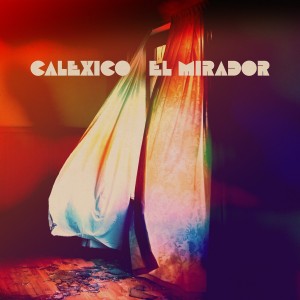 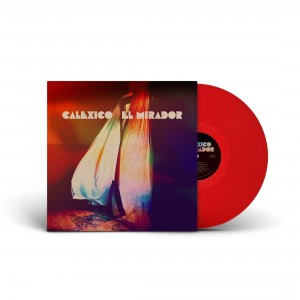 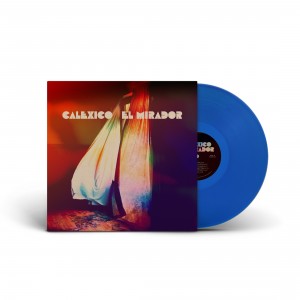 Convening at longtime bandmate Sergio Mendoza's home studio in Tucson, Arizona, the ensemble recorded throughout the summer of 2021, crafting one of their most riveting and whimsical productions to date. Convertino, who now resides in El Paso, and Burns, who relocated to Boise in 2020, channeled cherished memories of Southwestern landscapes and joyful barrio melting pots into an evocative love letter to the desert borderlands that nourished them for over 20 years.

“El Mirador” features gossamer vocals from Guatemalan singer-songwriter Gaby Moreno, while Spanish rocker Jairo Zavala brings his signature bravado to “Cumbia Peninsula.” By working with friends and recurring collaborators, Calexico also highlights the unique social and linguistic intersections at the US-Mexico border and the magnificent possibilities of a borderless world.

El Mirador stands both as a lookout point and beacon in the dark; an opportunity to search inwards, ponder our connections to the Earth and its people, and hopefully illuminate a path forward. After decades on the road Calexico's music remains boundless and romantic, still gazing upon the horizon in search of their next adventure.

Laura says: Wonderful new album from Joey Burns and John Convertino. Although still infused with Latin American influences, the last few release from Calexico have taken a 'poppier' route. On this album though, they hark back to dusty desert blues of their earlier releases. Shimmering through the baking Tuscon heat, you can almost feel the sun on your back.

A1. El Mirador
A2. Harness The Wind
A3. Cumbia Peninsula
A4. Then You Might See
A5. Cumbia Del Polvo
A6. El Paso
B1. The El Burro Song
B2. Liberada
B3. Turquoise
B4. Constellation
B5. Rancho Azul
B6. Caldera