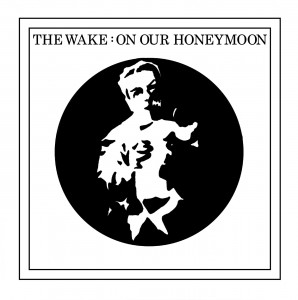 The Wake formed in Glasgow (Scotland) in April 1981, after singer/ guitarist Caesar teamed up with drummer Steven Allen and a bassist, Joe Donnelly. Previously Caesar had played guitar in Altered Images, writing first single Dead Pop Stars and appearing on the first two John Peel sessions, but left the group shortly before they crashed into the mainstream pop charts with Happy Birthday.

With few opportunities to play large live shows the new group financed a single on their own Scan 45 label, coupling upbeat indiepop number On Our Honeymoon with Give Up, a darker song featuring a keyboard line picked out by band friend Robert ‘Bobby’ Gillespie.

Side A
On Our Honeymoon
Side B
Give Up