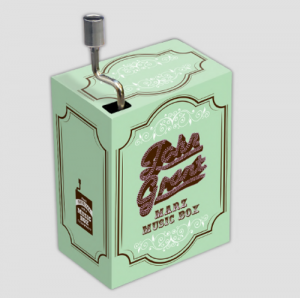 ‘Marz’ is the second song from John Grant’s debut solo album ‘Queen Of Denmark’ which was heralded as an “Instant Classic” by Mojo Magazine and went on to be selected as their choice for Best Album of 2010.

Recorded in Texas in collaboration with members of Midlake and released on seminal UK label Bella Union, the BBC described it as "one of the most deeply satisfying debut albums of recent times" with The Guardian citing “songs of impossible love recalling Dennis Wilson's masterpiece, ‘Pacific Ocean Blue’."

This Official Music Box Co version of this bittersweet classic is an evocative echo of the gold-dust in the original track. So why not go to where the green rivers flow and…