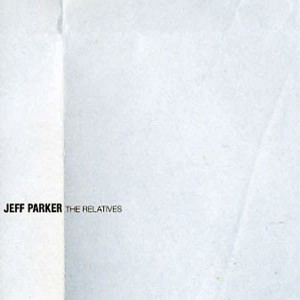 Jeff Parker is a lauded guitarist in rock, jazz and experimental music. Acclaimed for ground-breaking work with Tortoise, Isotope 217 and Chicago Underground, and as a collaborator with artists like Joshua Redman, Fred Anderson and Joey DeFrancesco. He is one of the undisputed rising stars of contemporary jazz.

‘The Relatives’, his 2004 sophomore album as leader, was included on numerous year-end Best Of lists, including The Wire, Magnet and The Guardian.

In the years since its release, ‘The Relatives’ has proved to be a revered pillar in the pantheon of Parker’s everexpanding music. Listening to the sheer breadth of the musical landscapes traversed throughout the album, there’s no mistaking why Parker is one of the most lauded players and sought after collaborators today.

Jeff Parker has been featured on the cover of The Wire magazine and appeared in Jazz Times, Jazziz as a solo artist and in everything from Rolling Stone and Spin to The New York Times and The New Yorker with groups he has worked with.

Istanbul
Mannerisms
Sea Change
When Did You Stop Loving
Me, When Did I Stop
Loving You
Beanstalk
The Relative
Toy Boat
Rang