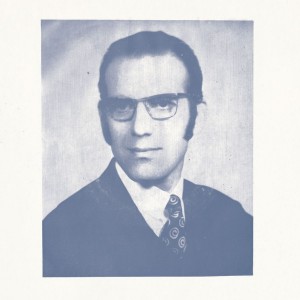 Strut present the first compilation of legendary Afghan Ghazal singer Dr. Mohammad Sadiq Fitrat a.k.a. Nashenas, recorded at the Radio Afghanistan Studios and later released on singles by the Royal label in Iran.

Nashenas first made his move towards music aged 16 in 1951 when he approached Afghanistan’s national radio station, Radio Kabul, with an idea for a broadcast and, impressed with his language skills, they offered him a permanent job. “I was in close contact with some of the big names in Afghan music like Jalil Zaland,” Nashenas explains. “My father had a gramophone and we listened to other singers like Ustad Qasim Khan and Kundan Lal Saigal.” After unsuccessful initial forays into singing sessions for the station, he honed his skills as a writer, singer and musician, playing the harmonium. Inspired by a movie he had seen at the cinema, Nashenas wrote a new poem and sang on air again after the evening news, using the name ‘Nashenas’ (meaning ‘unknown’) for the first time. Following a wave of positive feedback from the public, he was given a new weekend slot and built his reputation through film song interpretations, famous poems set to music and his own compositions sung in Dari and Pashto.

Nashenas would witness turbulent times as Afghanistan found itself caught up in the Cold War and the early ‘90s civil war until it became too dangerous to stay in the country. Through a friend in the U.N., he was able to seek asylum for himself and his family and take up residence in London, continuing to work as a musician and giving concerts globally.

Most of Nashenas’ recordings during this period were only made for broadcast, later surfacing on singles through the Royal label in Iran. Life Is A Heavy Burden is compiled from these singles by Chris Menist and Mads Jensen. All tracks are remastered by The Carvery and both formats feature new liner notes including an interview with Nashenas. The album is part of the new United Sounds of Asia series curated by Chris Menist and Maft Sai of Paradise Bangkok.

1. The Way I Love My Beloved
2. Your Sorrow Is Killing Me
3. Flower Had A Thorn
4. I Am Happy Alone
5. Life Is A Heavy Burden
6. O Beloved, The Sorrow Of Your Love Destroyed Me
7. The Author Of Destiny