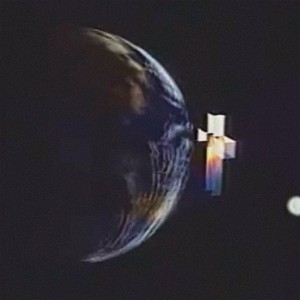 “The Body’s Chip King and Lee Buford have remained both consistently thrilling and impossibly prolific.” - Pitchfork

“The Body have become one of the most interesting and difficult to pin down groups in extreme music.” - Rolling Stone

In keeping with their penchant for veering in new directions, The Body’s work with producer OAA (aka AJ Wilson) doubles down on the duo’s sonic excavations at the nexus of electronic, noise and heavy music. On ‘Enemy of Love’, their percussive onslaught churns beneath a single mass of impossible magnitude that lurches and stutters as its gears grind in perpetual struggle.

Guitarist and vocalist Chip King pours a cornucopia of volcanic noise-laden textures atop the throb, driving each piece to the absolute brink.

Wilson adeptly straddles the line between Buford and King, creating a provocative syncopating interplay as well as employing abrasive samples and synth that entirely blur the boundaries of King’s guitar and howl. The combination of the three is equal parts harrowing and intoxicating.

An exciting full-length collaboration following OAA’s appearance on The Body’s ‘Remixed’ from 2019.

Recorded in 2021 at Machines with Magnets by Seth Manchester (Liturgy, Battles, Mdou Moctar).

The Body have been an iconic force in heavy music for over two decades with a long history of collaborations. Recent collaborators include Full of Hell, Thou, BIG|BRAVE and Uniform.