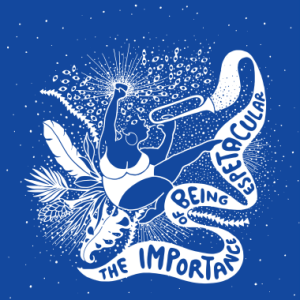 A Espetacular Charanga do França started as a political act, part of a recent movement which has seen the people of São Paulo reclaim their streets, turning their city into a revelation of Brazilian carnival. The group takes equal inspiration from the powerful charanga horn and percussion bands that stir the crowds at Brazilian football matches, and the expertly-arranged sounds of 60s samba, finding that sweet spot between musicianship and music that makes you lose your shit. And they do it with humour, clear as day in their covers of Michael Jackson and pagode pop hits, and the baile funk and Balkan rhythms that sneak their way in to the tunes.

Since forming in 2013 the group have become an iconic staple of São Paulo’s revived carnival, generating crowds 15,000 strong. Though COVID-19 put a stop to them hitting the streets this year, in 2020 they made their way to carnival with over 60 brass players and 30 percussionists, declaring their bloco an anti-fascist zone, their reply to a political climate in Brazil that is suffocating human rights, culture and any hope for equality.

“I like to think that Charanga is an oasis in the middle of all the shit that we live, where you don't have to be worried about who you are, what are your preferences, whether you can be comfortable. If you want to parade with us wearing a tea towel you can, you won't be harassed. And it's also about music, it's about listening to music. We do this thing the whole year, we rehearse all year, we do too much so that people can just get crazy and not care about the music.” Thiago França

The group is the brainchild of saxophonist Thiago França, best known as a founding member of Afro-punk explorers Metá-Metá, and one of São Paulo’s most in-demand horn men, with credits on influential albums by Criolo, Elza Soares, Céu and Lucas Santtana. A Espetacular Charanga do França is, without question, his most personal and powerful project to date. It maps his life and career: his time listening to the charanga (horn and percussion band) of his local football team, Atletico Mineiro; his formative years playing classic sambas and marchinhas in São Paulo nightclubs; the fervour of hearing frevo and maracatu at Recife-Olinda carnival; the cumbias he discovered in Colombia; his love for 60s samba sax players like Paulo Moura, Zé Bodega and the Sax Sambistas ensemble. All of these experiences flow into the group’s sound which, either as a 100-strong bloco or a smaller ensemble for recording, carries an urgent potency that could only arrive from a band designed to perform for thousands of people on the streets, reliant on their unamplified instruments and collective presence to unify the people in revelry and deliver a clear message of inclusion and respect.

“The idea of the charanga, to play acoustically to a lot of people, to get this vibe going on, is an energy thing. You have to play powerfully, you have to blow very hard to get heard. You know when you go to see a concert and people are playing really smooth and the arrangements are very intrinsic, the dynamics are very controlled so everything can sound right? The charanga is the opposite of this, you have to play as loud as you can. There was always something special in this concept. You had to really put yourself into it.” Thiago França