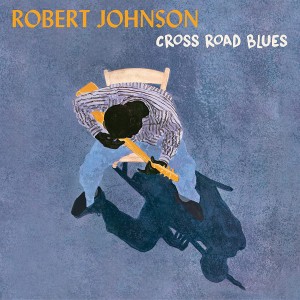 Robert Johnson stands at the crossroads of American music. He became the first modern bluesman, evolving the country blues of the Mississippi Delta. Johnson was a songwriter of searing depth and a guitar player with a commanding ability that inspired every blues artist that followed in his wake.

This essential LP contains the most celebrated numbers of Robert Johnson. It compiles twenty master recordings waxed in San Antonio and Dallas, between 1936 and 1937. Highlights include "Sweet Home Chicago," "Come On In My Kitchen," "Love In Vain," "I Believe I'll Dust My Broom," and Johnson's biggest hit "Terraplane Blues," a popular song on jukeboxes throughout the South.