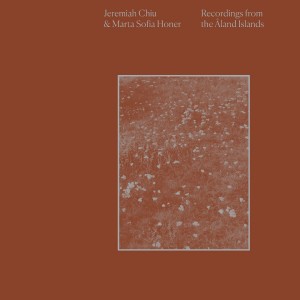 An active intersectional cultural producer in the Los Angeles scene, Chiu is known for his visual art as much as his music. A professor at Otis College of Art and Design by trade, Chiu’s a regular musical collaborator of Booker Stardrum, Celia Hollander, Dustin Wong, and Sam Prekop.

Honer is a first call session player for the likes of Adrian Younge and Beyoncé. She’s also played on recordings by Chloe x Halle, Angel Olsen, Fleet Foxes, Stanley Clarke and others, including five recordings with Grammy nominations.

Barry says: What a beautiful record this is. Plaintive ambient folk and swimming modular synthesiser, reminiscent of the recent reissue resurgence of japanese ambient but more driven, resulting in a wholly engrossing and hypnotic journey without ever getting too delicate.