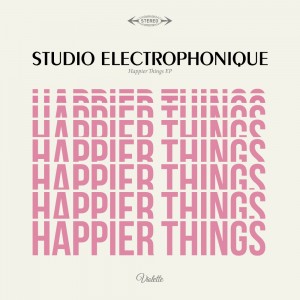 Studio Electrophonique is James Leesley: a young songwriter and musician from Sheffield.

Since the critical acclaim accompanying his sought-after debut 10" album "Buxton Palace Hotel" in 2019, James has captivated audiences performing at his own curated events in Sheffield, Liverpool, London and Paris as well as at The Green Man and End Of The Road festivals.

In 2020 Studio Electrophonique performed at L'Olympia in Paris at the personal invite of the legendary Étienne Daho as well as across the UK and Ireland with Richard Hawley - both are long-time supporters and admirers of James's work.

Songs come to James Leesley in airless attics, dinner time chippies and late afternoon bookies shops; on long walks through town with a sandwich in each pocket, on morning runs through the park in lost-property trainers or on the top deck of the 52A with rain-laced windows and wet toe-ends.

He records on an old four-track machine using deadstock Metal Maxima cassettes sourced from an unnamed charity shop close to Bramall Lane. This machine kills flashiness. There is no room for garnish. Choice is minimised to serve the song, intimacy is maximised to serve the ache.

Studio Electrophonique is a semi-fictional collective of analogue romantics sent to reassure us that art is not some far off place, that sadness can be enjoyed like happiness and that glamour can descend like a minor key melody on the shoulders of anyone willing to pay their subs and the price of a day-return to Ballifield shops.