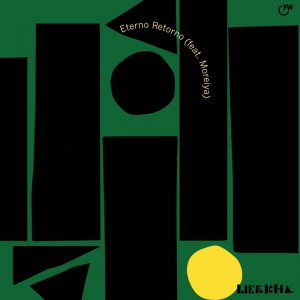 Following on from his EP 'The Rigour' from early 2020, the Mancunian musician dropped a little taste of his new material late last year in the form of single 'Battered Mars Bar' and limited cassette 'Beat Tapestry'. Now we have a double aa-side single featuring two cuts from his forthcoming album 'All Werk Is Play'.

'In Saint-Gilles' keeps the tempo up, cleverly switching between a 4/4 and a half-time rhythm. This one bringing more European vibes with the talents of DJ/Producer Le Motel from Belgium also behind the boards.

Both tracks have already been shown support from the likes of AtJazz & DJ Paulette.

Werkha hails from Manchester and has been releasing music for a decade, collaborating and remixing artists such as Quantic, Bryony Jarman-Pinto, Marcos Valles and Andrew Ashong, and touring with Bonobo, Chet Faker and Mr Scruff.

WerkhaColours Of A Red Brick Raft