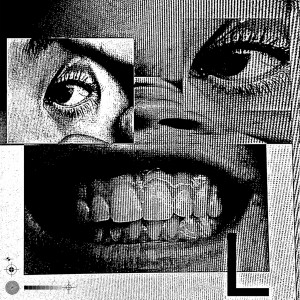 In an age of never-ending genre caveats, there’s something refreshing in a band simply referring to themselves as a rock band, plain and simple. Lonely Pirate Committee define themselves in such a way, and while their music encompasses a number of different strands and influences, they like the openness of that descriptor, the space it leaves for exploration and experimentation.

Moving through various iterations over the years, Lonely Pirate Committee remains in 2021 as the musical project of childhood friends Pearce Gronek and Fletcher Barton. Together, the pair has guided the band’s studio work, before bringing varying members to flesh out LPC’s high-volume and high-intensity live performances that juxtapose the more mellow and laid-back sound that mostly defines their recordings to date, save for the band’s occasional moments of skewed eccentricity.

Formed in Cleveland, the pair work both together and apart, splitting the band’s songwriting down the middle, working on their ideas at home before bringing them together under one defined vision. In early 2020 LPC released their second album, Everyday Ordinary, and it showcased a more refined version of the band than what had come before, the pair’s songwriting drifting into creative and hazy new textures across the album’s ten songs.

In early 2022, Lonely Pirate Committee release their first new work since those album sessions in the form of a brand new 7” single for Saddle Creek’s Document series. Formed of two new tracks, both recorded in late 2020, the release is led by “He Was in the Father”, a song which should be seen as a caricature of Middle-American suburbia; a white picket fence daydream through a shadowy lens. The track began simply as a sonic experiment but soon evolved into the full song we hear today – albeit one shaped by AI. “The track is partially written using AI music generation technology, in direct collaboration with the human composer,” the band explain. "We recorded a brief performance of banjo and guitar, then fed it into an AI algorithm that then attempted to continue the recording. This resulted in the outro sequence of the song.”

It’s backed by “ODE”, a surreal and somewhat twisted celebration of the American dream. "It went through many iterations over the year and was almost scrapped multiple times,” the band say of the track. “The chaotic, bouncy harmony drove us both to the brink of insanity during the recording process, but ultimately led to further sonic exploration.”