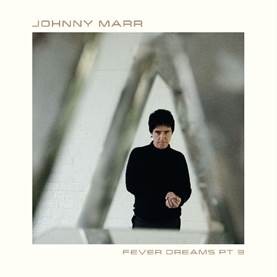 Early previews of ‘Fever Dreams Pts 1-4’ have been met with widespread acclaim, with Uncut stating that the double album is "The most ambitious album of his career".

Singles including ‘Sensory Street’ has been a mainstay on the BBC Radio 6 Music A-List, the album’s electro-soul opener ‘Spirit, Power and Soul’ was also playlisted by 6 Music and BBC Radio 2, described as “his strongest solo composition yet” by the Evening Standard, “an exercise in progressive creative ambition” by DIY, “invigorating” by Uncut, with “defiance in its DNA” by CLASH and simply “banging” by The Telegraph.

Earlier EP ‘Fever Dreams Pt 2’ has seen Johnny heralded as “a master songwriter” by The i Newspaper and, “a project unlike anything he's done before" by Music Week.