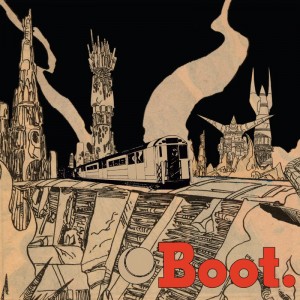 DJ Jazz-T, owner of Boot Records, was the 1999 UK ITF Advancement champion. He has laced cuts on hundreds of tracks since 1995 and produces under the name of Jazz T and Boot Productions, which is Jazz & genius Dr Zygote. He was Tim Dog's tour DJ before he passed away, and he currently DJs for Gawd Status, Jehst, Micall Parknsun, Ramson Badbonez, Leaf Dog & BVA, Joker Starr and Diversion Tactics.
Jihad the Roughneck MC started rhyming in the late 80's and was a member of one group before Third Sight (with Dufunk & D-Styles). He is originally from the city of Santa Clara in Northern California, relocating to the Los Angeles area in 2004. He has played shows in California, Nevada, Oregon and toured Japan twice with Third Sight.

Lex Boogie From The Bronx grew up as a kid around the jams in the parks. He carries The Bronx with him wherever he goes. His different chambers of production and raps have seen him work with the likes of Stahhr, Marq Spekt, Boog Brown, Vordul Mega, billy woods, Mike Flo & more.
Originally from Brussels, now based in Montreal, Senz' first approach to cutting records up was on a pair of Technics 1200s, which he and his best friend claimed mutual custody over (1 month each) in 1998. After over 15 years spent producing on MPC ("War of the Worlds" was produced on a 2000xl), 2020 saw Senz switch to Koala Sampler app, by Elf Audio. His crazy beats have grabbed the attention of legends such as Dibia$e & Grap Luva.