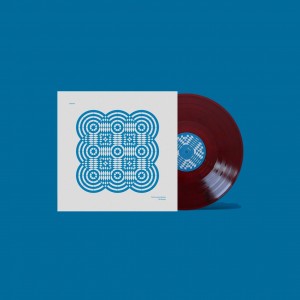 The idea for a remix LP came about following the incredibly positive reception that greeted “The Flow Across Borders” upon its release in May last year.

After the services of The Orb and Richard Norris were secured by the label, Frazer and Ali asked some of their favourite artists on Castles in Space to contribute remixes for the project, which subsequently grew into a wonderful overview of both the scope and diversity of the band’s output and the skill and sensitivity of the remixers.

Frazer Brown: “As the tracks started to come in, we realised that this collection was going to be something very special. The Orb remix is classic Orb, Richard Norris’ contribution is pure bliss, and the fact that this is the first official remix that Concretism has ever done is especially thrilling. Every track is astounding…”

Ali O’May and Frazer Brown met in early 2018 while performing with their respective bands at an Electronic Music Open Mic (EMOM) gig in Edinburgh. With obvious common interests, further discussions lead a few months later to Ali passing Frazer a USB drive filled with stems recorded directly from Ali’s vast modular system. Across August and September 2019, Frazer used about a dozen of those stems as the foundation for a set of tracks, building them into fully realised pieces across a range of styles from techno, lo-fi, breaks, acid house and ambient. And thus was born the Dohnavúr method - Ali coaxing the raw materials from his modular set up and Frazer working them up instinctively with his encyclopaedic knowledge of electronic music into tracks for which the feel, genre and direction is inspired by Ali’s foundational building blocks.

Sleeve artwork is once again handled by Mark Hall.