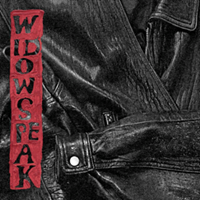 Written in the months before and after the release of their critically acclaimed fifth album Plum, The Jacket feels like a full-circle moment for the duo of singer-songwriter Molly Hamilton and guitarist Robert Earl Thomas. Thematically, it considers Plum’s broader questions about the values ascribed to one’s time and labor through the more refined lens of performance and music-making. This is due in part to the band’s recent return to New York City, the site of their own origin story, where they recorded The Jacket at the Diamond Mine with coproducer and noted Daptone Records affiliate Homer Steinweiss.

Reunions always breed reflection, and Hamilton admits that much of the album’s themes are tied to formative experiences in the band’s own early years. Some songs speak to the process of moving on (“Unwind”, “Salt”), while others muse about regret (“True Blue”, “Forget It”). The album’s namesake track considers the literal and figurative costumes we dress our personalities in: imbued with meaning and sense of time and place, becoming so representative of who we think we are before they’re ultimately left behind. The symbolic spaces of work, music, nightlife are seen through the haze of recalling one’s own unknown legends.

Sonically, The Jacket finds the band at their usual and best: dynamics shift seamlessly between gentle, drifting ballads and twangy jams, built up from layered guitars, dusty percussion and ambling bass lines. Elsewhere: whimsical flutes, choral textures, and basement organs. Thomas’s guitar playing is as lyrical and emotive as it’s ever been, and Hamilton’s voice: comfortable and effortless. This seamless dynamic is amplified perfectly in the mix by Chris Coady (Yeah Yeah Yeahs, Beach House). Widowspeak expertly pepper in slow-core, dream-pop, pacific northwest indie, and outlaw country, resulting in a 60s-meets-90s aesthetic. This sense of sonic nostalgia adds another layer to lyrics that reflect on old selves, invented and true. The Jacket is a wizened meditation on performance and past lives from a band who’ve seen their fair share, hitting their stride now over a decade in.

Barry says: Grooving bass and flickering percussion underpin the psychedelic vocal delivery and hypnotic driven guitars of the brilliant Widowspeak, and it's on 'The Jacket' we really get to see them shine. A wonderfully engrossing and brilliantly satisfying listen.