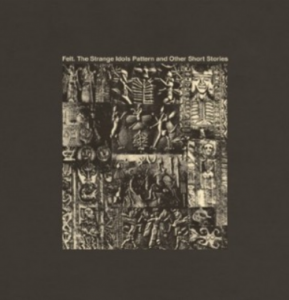 “‘The Strange Idols Pattern and Other Short Stories’ may not have the cachet or reputation of albums by the "big-name" bands of the era, but it has the songs and that's what counts the most. This is Lawrence and Felt at their absolute classic best, not to be overlooked or missed for any reason.” AllMUSIC

One of the first five album re-issues from February 2018.These vinyl records, unavailable for many years, have been remastered and revisited by Lawrence, and he has fashioned the ultimate definitive collections.

During the ‘80s Felt made ten albums and ten singles for the Cherry Red and Creation labels. This beautifully produced series examines the work of one of the greatest underground groups of modern times.

Before the Stone Roses and after Be-Bop Deluxe and Plastic Ono Band, John Leckie worked with Felt. Booked into a metal/reggae studio in Birmingham’s industrial wasteland he sculpted a Michelangelo slice of new rock – exquisite and beautiful guitar odysseys – quite unlike anything the city had experienced before. Merging pop with a classical nuance Felt stood alone as the forerunners of a brand new style.