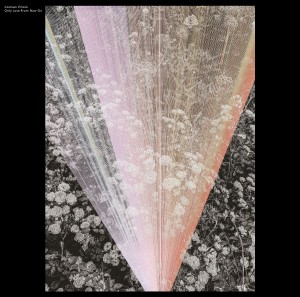 The US-born, Norwegian-Mexican musician and producer Carmen Villain, real name Carmen Hillestad, has spent the last nine years and four albums gently unraveling song into the sound of emotional impulse. From the tilt and croon of her first two albums to the expansive warmth that flows and pulses beyond ambient in her more recent output, Hillestad’s journey is artful musical deconstruction but also somehow spiritual growth.

Hence new album Only Love From Now On, her fourth full-length and the culmination of a build-up that really began with the turn in sound evident from third album Both Lines Will Be Blue (2019, Smalltown Supersound) and the subsequent releases Affection In A Time Of Crisis (2020, Longform Editions) and Sketch For Winter IX: Perlita (2021, Geographic North). While the seed of her aesthetic was planted earlier, it has blossomed into something unexpected, benevolent in its composure and altogether luxuriant in its sensuality. Perhaps that’s why she collaborated with the likes of Jenny Hval and Parris – appearing on the latter’s new debut album. And why he – along with Biosphere, DJ Python and others – have contributed remixes for her.

Listening to Only Love From Now On is simultaneously comforting and alluringly strange. Partly it’s the contributions of guests Arve Henriksen (trumpet, electronics) and Johanna Scheie Orellana (flutes). Partly it’s the fluidity between instruments – such as clarinets – field recordings, the studio, jam, and careful composition. She calls the process a conversation with sound that occurs in her deliberate attempts to experiment with new methods, like granular synthesis, for her music-making. But mostly that strange comfort is in the peace and grateful contentment she has found via the stark recognition of her own privilege – laid bare by the pandemic. Only Love From Now On is fueled by the sense of scale in feeling small in the face of things so large, the contemplation of how the biggest impact we can have is in the people close to us, the attempt to make sure that impact is a positive one, and the choice to try to focus on love instead of fear.