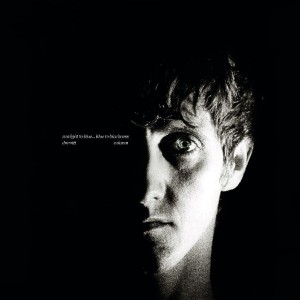 “Sunlight to blue … Blue to blackness” - This was one of the more upbeat title suggestions for the very bare, back to basics, reflective album from The Durutti Column. Originally released in June 2008, Sunlight to Blue… was a conscious response to the previous two polished and ‘studio-based’ releases. Here he created some sparse, simply beautiful 'sketches' as he once called them, more reminiscent of his work from the early eighties. Many of the pieces are instrumentals played on his Juan Montero flamenco guitar, and he returns to 'Without Mercy' for the last track 'Grief' whilst reinventing 'Never Known' from LC. Now, for the first time, the LP is available remastered and re-packaged as a gatefold double 12” 180gram vinyl release.

This album also saw the debut of the then talented young pianist and singer, Poppy Morgan, who co-wrote the melancholy Ananda as a duet with what Reilly dryly called 'intrusive guitar'. For the uninitiated, Vini was the first artist signed to Manchester’s influential Factory Records, co-wrote and played on Morrissey’s first solo album ‘Viva Hate’, and was heavily featured in the Manchester music culture film, ’24 Hour Party People’. Vini Reilly has recorded under the name The Durutti Column since 1978 and has a rich portfolio of work, releasing over twenty albums in this time. Ever critical of Vini’s voice, but ever a fierce champion of his talent, the late Tony Wilson would surely appreciate this return of The Durutti Column.