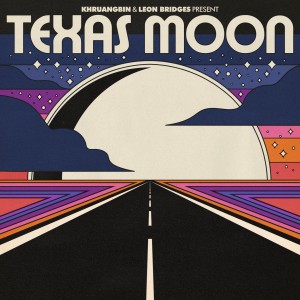 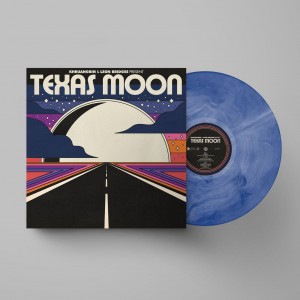 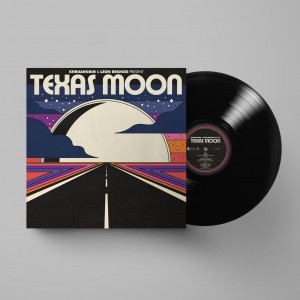 An extension of the two’s chart-topping four-song Texas Sun journey, Texas Moon is an introspective stroll through the dark. “Without joy, there can be no real perspective on sorrow,” says Khruangbin. “Without sunlight, all this rain keeps things from growing. How can you have the sun without the moon?”

Also in conjunction with the news Khruangbin and Leon Bridges present the video for “B-Side,” a wandering Western shot in the J. Lorraine Ghost Town and directed by Philip Andelman starring the artists all for the very first time. Watch here.

Crediting their mutual home state for inspiration, Texas Moon pensively examines Texas’ musical perception, while paying homage to the marriage of country and R&B that’s become synonymous with the lone star state. Propelled by rolling guitar licks, conga and bongo, lead single “B-Side” meditates on meeting in a dream and frolics across the nearing contemplative nighttime state with its longing’s joy.

Elsewhere on Texas Moon, the artists channel a newly intimate musical scope that’s illustrated most dramatically when the spacy sensuality of the minimalistic “Chocolate Hills” leads into the stark spirituality addressed on “Father Father,” a reminder of both acts’ gospel roots. Over a simple rolling guitar figure, Bridges pleads with the heavens—“Look at the mess that I made/Just a man with unclean hands”—only to be reminded of God’s eternal love.

For Khruangbin, one song in particular was indicative of the trust that Bridges put in them. “The song ‘Doris’ is about his grandmother making the transition from this world to the next realm,” says Johnson. “It’s a very somber, very deep record. And when someone places that kind of work into your hands, the last thing you want to do is junk it up, overproduce it, or do too much. We treated it with the respect it deserved, and treated Doris with the respect she deserves.”

“It’s like a short story...,” Lee says of the music. “And it leaves room to continue having these stories together. It’s not Khruangbin, it’s not Leon, it’s this world we created together.”

Upon its release, Texas Sun soared to the No. 1 slot on Billboard’s Emerging Artists Chart along with landing the No.1 on spot on “Americana/Folk Albums,” No. 2 on “Vinyl Albums,” No. 4 on “Top Rock Albums” and No. 6 on “Top R&B Albums.” Significantly, both parties’ musical directions were deeply affected by their time working together on Texas Sun.

Khruangbin’s most recent studio album, Mordechai, moved their own vocals to the forefront, a change they readily admit was a direct result of working with Bridges. Their sound was also tapped for remix/reinterpretation of a Paul McCartney song for the McCartney III Imagined project. Meanwhile, in addition to his genre-defying Grammy-nominated album Gold-Digger’s Sound, Bridges has put out several other challenging, shared collaborative tracks, including work with John Mayer, Lucky Daye and most recently Jazmine Sullivan. Each of the artists appeared recently on Austin City Limits and will tour throughout the new year.