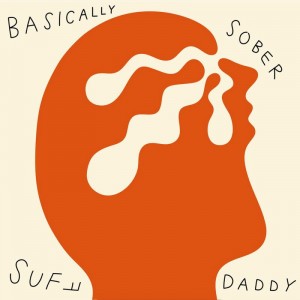 Although it will be almost two years to the day since his last solo endeavor, 2020's "Pompette," Suff Daddy has kept busy. The prolific, Berlin-based, globally renown producer (39k Spotify Followers and 250k+ Monthly Listeners) presents "Basically Sober," the perfect album to encapsulate the feelings of the last couple years and a worthy and aptly named follow up to "Pompette" ('tipsy' in French). The instrumental album combines an ingenious, R&B / Hip-Hop laid-back vibe within a pulsing, electronic soundscape that is full of bubbly beats, syncopated drums and synthesized grooves to keep bodies moving and nodding.

The albums 1st single, "Trouble in Wackyland Pt. II" is set to be released December 3rd and man is it a doozy! Super bouncy, featuring arpeggiated, pulsing synths, polyrhythmic percussion and an almost woozy, bubbly vibe, this laid-back synth-driven tune brings together lo-fi beats and uplifting R&B within an electronic framework. The track perfectly encapsulates the kind of infectious sounds and beats to be found in "Basically Sober".

Kicking off 2022 will be the 2nd single, a double release of "Gamma Squeeze" b/w "Sophie's Symphony," to be released January 14th. The tracks are perfect opposites – "Gamma Squeeze" a punchy synth-driven heavy hitter, and "Sophie's Symphony" a moody, wobbly two-stepper – are ideal choices to provide the widest playlist reach, setting up a musical one-two punch to jump-start the new year.

The final single, the firecracker "Super Breakout," is an electro-boogie masterpiece and is set to be released February 11th accompanied by a full-length visualizer created by Suff himself, starring his IG-famous pup Karl (@karl_from_berlin) as the main character.

All singles will be accompanied with stunningly gorgeous visual goodies courtesy of Robert Winter (Illa J, Megaloh, Hi-Hat Club, etc) and the DIE OTTOS crew, including visualizers and animations drawn from the one-of-a-kind cover art. Similarly, the albums physical release will include an extremely limited quantity of one-of-a-kind screen-printed covers. As Suff says of the album, "These beats basically made themselves. They all just got out, I don't even remember the process. It sounds cheesy, but they really are a reflection of my state of mind at that moment. It's been a fucking great time." With the way the world has been turning it's best to be Basically Sober.

Besides online promotion from label and artist profiles, the album will further be promoted by external agencies within the territory of France. The album announcement date, December 3rd, will coincide with Bandcamp Friday in order to maximize reach.