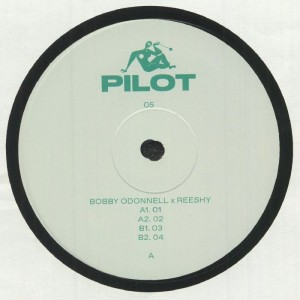 Pilot continue to expand on the ever growing cannon of new breakbeat. I gotta say I've been predicting such a renaissance since we all started going mad about 90s trance records; but I didn't expect the genre to come back with such a force!

Somehow skirting between the skatepark friendly, blunted beats of labels like Skint, Finger Lickin', Botchit Breaks; and the hyped up, rave-indebted hardcore breakbeat sounds pioneered by Moving Shadow, Suburban Base and such like, Yorkshire's Bobby O'Donnell and Leed's Reeshy conjure up a mix of flavours that should work in the warehouse on E and in the bedroom on weed.

Deliciously low slung and sub heavy; avoiding the over-manipulation of drum breaks that would plague certain hardcore sounds and focusing strictly on the groove, these four tracks show innovation and development since the first incarnation of breakbeat many full moon parties ago. Highly recommended!

Matt says: Yesssss, nice to see someone revisiting the breakbeat blueprint with a bit more style and panache than all the day-glo rave renaissance also-rans. This sub-heavy offering from Yorkshire oozes class out of every woofer.