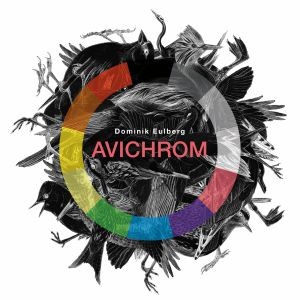 Nature has always been a source of inspiration, a place of strength and retreat for the artist Dominik Eulberg. Now, the studied conservationist releases his sixth album, entitled „Avichrom“. Eulberg’s neologism translates as “bird colours''. For this time, he reflects in his work on the exuberant variety and diversity of the colours contained across a number of different bird`s plumage, birds such as the greenfinch, the golden plover, the blue tit, the purple heron and the black-necked grebe. They serve as a guide for his musical expedition into ornithology. “Making music in the end is nothing other than the selection of an endless amount of options”, he says, “and in this regard the birds have helped me find a red thread.”

Eulberg shows himself here as a hard-working craftsman, as someone who has mastered all the different steps of production from scratch and who obsessively tweaks the smallest details. Avichrom is, in this regard, consistent with the DJ and producer living in the Westerwald: it is, in the best sense of the word, a timeless work. It does not follow any current trends, but instead paves the way in its own manner. A path that Eulberg took early on in his career and that already brought him several awards and chart placements.

With Avichrom the result is an album which is immediately moving for the listener and continues to reveal new details with every consecutive listen. Similar to a walk in nature, when new found structures continually change, and elaborate patterns appear to those that listen in closely: it is with time that the true beauty, the sublime complexity becomes apparent.