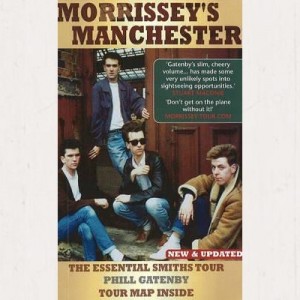 Lyrically unique, Morrissey saw 1980s Manchester differently. Where most recognised the derelict remains of a Victorian warehouse, he saw humour, where others saw post-industrial squalor, he felt the frission of romance.

As a result, the city became as much a aprt of The Smiths' output as the guitars, drums, and vocals. Unusually, these places still exist and provide the devotee with a place of pilgramage.

The most fundamental change any reader will notice are the continual changes to Manchester itself - a city in perpetual flux. Since the first edition, venues have been demolished, refurbished, or shorn of their identity. Now updated, Morrissey's Manchester has added new places to visit, more lyrical references and more background information on one of the world's most influential bands.