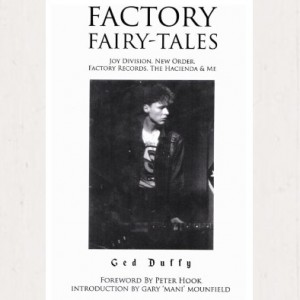 Ged Duffy might be the unluckiest man in Manchester music. He could have managed New Order; he could have been the bass player in The Cult; he could have seen his band, Stockholm Monsters, take the mantle of the Happy Mondays and become the breakout scally-band on the coolest record label in the world... but of course none of this happened.

Told with wit and a photographic memory for gigs and dates, Ged recalls his years as a stagehand at the Russell Club and later The Hacienda, touring with New Order and then turning down the chance to tour America with them, leaving Stockholm Monsters when they were about to hit it big, life in the colony of artists, oddballs and dropouts in Hulme and how he managed to successfully avoid fame and fortune.