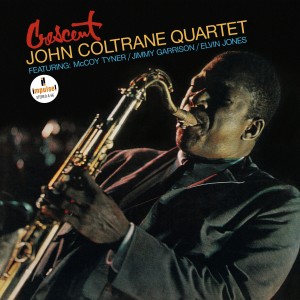 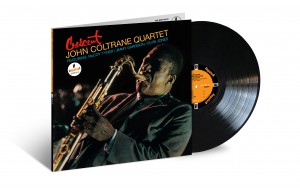 Crescent is widely regarded as one of John Coltrane's finest albums, featuring the talents of McCoy Tyner, Jimmy Garrison and Elvin Jones. During 1964, John Coltrane spent the least amount of time in the recording studio of his entire career as a leader. It wasn't until April 27th that he, along with Tyner, Garrison and Jones went to the familiar surroundings of Rudy Van Gelder's Englewood Cliffs studio to record all the tracks that appear on Crescent. In a hint of things to come for the Classic Quartet, both Garrison and Jones are featured on extended solos on the album’s second side. Verve’s Acoustic Sounds Series features transfers from the original analog tapes mastered by Ryan K. Smith at Sterling Sound and pressed on 180-gram vinyl at QPR. The series is supervised by Chad Kassem, CEO of Acoustic Sounds, and releases are presented in deluxe gatefold tip-on packaging.