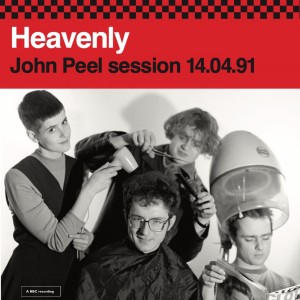 Released on vinyl for the first time, this is Heavenly’s first three-song session for John Peel, dating from early in the group’s life when they were still a four-piece – vinyl also features a couple of gems from elsewhere, one of them a rare Beatles cover. Includes free download of original BBC files and sleeve notes from Amelia and Rob – plus a set of postcards.

Plus Extras (She Says - Borobudur Version, It Won’t Be Long - Revolution No.9 Version)